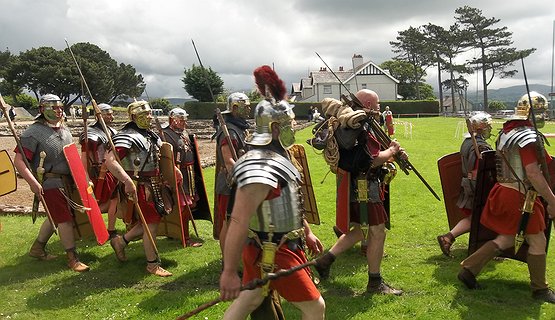 A walking tour of Roman Caernarfon starting at Edward I's castle in the town square and visiting Segontium the main Roman fort in north Wales. In addition to the parts of site open to the public, this tour offers a visit to the bath house within the southern corner of the fort (not normally accessible). The tour includes the nearby site of the Temple of Mithras and the location of the original Roman campsite when the fort was being built in 77AD before returning to the centre of Caernarfon via Hen Walia the later, third century dockside fort. An overall context of Welsh culture, Welsh history and the landscape of Snowdonia is included in the tour.