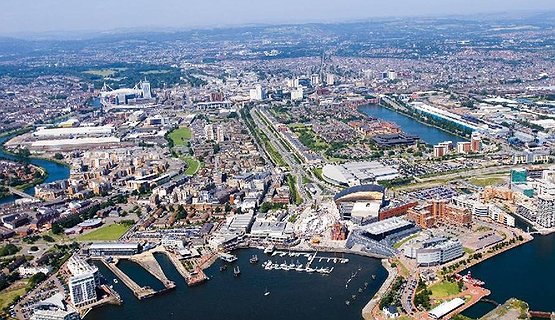 By 1850 Wales had more people working in industry, rather than agriculture. It therefore became the First Industrialised Nation, with a worldwide impact.

Explore the sites that led to that industrial revolution and the societies that developed as a result. Find out how the country is adapting to a 'greener' future.

Day 2 - Copper is one of many natural resources available in Wales. Today we go back in time to explore Great Orme Copper Mines, exploited 2,000 years ago, before heading to the Isle of Anglesey to see 'Copper Kingdom'. Parys Mountain was the largest copper mine in Europe in the 18th century, and the nearby port of Amlwch became the second largest town in Wales. Overnight in North Wales.

Day 3 - Spend a day in the Snowdonia National Park, discovering the slate industry that once dominated. In 2021, the Slate Landscape of Northwest Wales became a World Heritage Site. We will visit the National Slate Museum, and take a ride on the narrow guage Ffestiniog Railway, which carried slate to the coast for export around the world. Overnight in North Wales.

Day 4 - Travel through the rural landscapes of Mid Wales, with a stop at the Centre for Alternative Technology, to learn about how Wales is moving towards renewable energy and sustainanble living. In the afternoon we visit the National Woolen Mill, to gain insight into the textile industry. Overnight in South West Wales.

Day 5 - We spend a day in Swansea, second largest city in Wales. In the 18th century it became knowm as 'Copperopolis', processing copper ore from around the globe. We visit the Hafod Copper works, take a boat ride on 'Copper Jack' and visit the National Waterfront Museum, which houses the best industrial collections in Wales. Overnight in South West Wales.

Day 6 - We head into the 'Valleys of South Wales', which saw the invention of the railways and mass produced steel. We visit Merthyr Tydfil, by far the largest town in Wales in the middle of the 19th century, at the time home to the 5 largest ironworks in the world. We also discover the World Heritage of Blaenavon and take a trip underground at the National Mining Museum. Overnight in South East Wales.

Day 7 - Cardiff, capital city of Wales (pictured above), developed rapidly due to the industrialised valleys just to the north. It became the largest coal exportation port in the world. We discover the treasures produced by industry with visits to Cardiff Castle, once home to the Marquesses of Bute, the wealthiest of all coal owning families, and a visit the National Museum & Gallery of Wales to see the wonderful art treasures bequeathed to the nation by the family of another coal owner. Overnight in South East Wales.

Snowdon Mountain Railway Take the train to the highest mountain in England & Wales with spectacular scenery. all the way! Read More
Put it on the Slate The slate industry of North Wales Read More
Get to Know BLAENAVON WORLD HERITAGE SITE Your introduction to the United Nations World Heritage Site of Blaenavon Read More
Live the Legends - I Predict a Riot The legendary characters & sites of the Chartist Uprising of 1839 and their impacts on voting today Read More